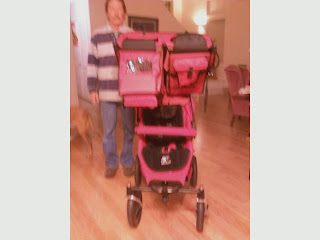 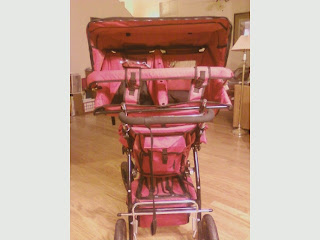 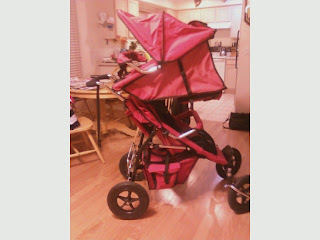 For more information go to www.gobubbago.com.au. Their videos are awesome.

Update: Less than a month after we thought we got an amazing deal by buying this used, the manufacturers costs went down and a brand new one could be purchased for literally $100 more than what I paid for this one.  And, we learned that a major component of this stroller was broken and the whole thing could fall apart.  Thus, after spending $100 fixing that we paid the same price as a brand new one.  Why didn't I see that coming?  I should know by now.
Posted by Unknown at 11:17 AM